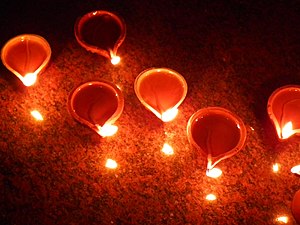 Admiration, respect, possibly adulation or envy are the emotions that pop to mind when people talk of Bill Gates or Warren Buffett, who are not just among the world’s richest men but among the most philanthropic.

Yet fear or trepidation seems to have been the emotion stirred, if we are to believe the media, by these two men when they took their message of giving to China and are rumored to be bringing it to India.

Even before the Joy of Giving week rolled out at the end of September, newspapers in India and elsewhere were talking about “…concern among some of China’s wealthy that they would be pressured into contributions” and of Gates and Buffett’s dinner plans in India.

Other Op-ed pieces discussed everything from the high-rise “apartment” that Reliance’s Mukesh Ambani is building to what philanthropy India’s wealthiest are doing, if at all, and how much.

It is nice that, despite the never-ending stream of scams (Mumbai high-rise, Commonwealth Games, iron-ore mining) the mainstream media is also discussing philanthropy, particularly in the private sector. However, their starry-eyed view of it as something solely the domain of uber-rich would be depressing but for the fact that a million “little men and women” are toiling away in India each day, giving well beyond their means.

As anyone who’s tried to support a charity knows, it is easy to give a little money of your own, harder to give your time and hardest to get others to give their money or time — and it is this giving that I’d like to celebrate this Diwali.

Certainly, the wealthy in India have contributed enormously to philanthropy, be it the Tatas with their charities and institution building or Azim Premji’s eponymous foundation. Their giving, even when they’ve sought to keep it quiet, has gotten the rightful recognition and coverage.

However, most Indians who are giving each day — disproportionate amounts of their time and money — rarely have their story told. Their story needs to be told, if only to inspire others to celebrate them by following in their footsteps. I share the story of two such unheralded givers, so that giving becomes as much a second nature to all of us, as taking seems to be to a large swath of our politicians and bureaucrats.

“Why me?” is a question I hear often as the father of two teens. It is hard to explain even seemingly simple life lessons to kids. So when the “Why me?” question is posed by a teen, both orphaned and HIV positive, it is particularly hard.

Krishnagiri is a town on the Tamil Nadu-Karnataka border just an hour outside Bangalore. Its location on the cross roads of four national highways and as a main trucking route connecting Chennai, Hosur and Bangalore make it a hotspot for HIV/AIDS infections.

This has led to a number of children within the Krishnagiri district being orphaned and many are HIV-infected at birth. Many children were taken in by grandparents, relatives and in some cases by neighbors. Most of these foster parents are themselves poor and face economic challenges even before having to care for these orphaned or infected children.

The Association for Rural Community Development is an NGO that has taken up the cause of these children. Founded in 1998, ARCOD is focused on the empowerment of rural poor, particularly women and children. From the initial days of helping rural poor women form self-help groups in one district, they have grown to four districts of Tamil Nadu and their initiatives span micro-finance, rural housing, and health with emphasis on sexual and reproductive health rights.

Their most recent initiative has been to ensure that these orphaned or HIV-infected children get the nutrition that can ensure them a reasonable quality of life — and so, too, the foster families.

As in any human situation, the numbers rarely paint as clear a picture as individual stories. One 13-year-old girl’s father died of AIDS and even while her mother tries to earn a living as a day laborer, the teenager has to take care of her three younger siblings. Another girl is 11 and HIV positive; she has lost both her parents and is being raised by her grandmother who works as a coolie.

A contribution of 500 rupees a month per child enables the provision of such nutrition. With their volunteer teams on the ground, their counseling and training services for families, ARCOD is directly impacting the lives of hundreds of children. All this with little or no fanfare and even lower overhead.

Pasha is a gifted painter and, like many kids his age, likes playing computer games. However, growing up with muscular dystrophy in a family that lived in the slums of South Bangalore, he’d have never been able to pursue his dreams but for the Foundation for Action, Motivation and Empowerment India.

Founded in 2001, FAME is a Bangalore-based NGO that supports rehabilitation and empowerment of children and young adults with neuro-muscular and intellectual development disabilities, such as cerebral palsy, Down’s syndrome, mental retardation and muscular dystrophy.

“Most poor parents who work had to leave their mentally or physically challenged children locked at home,” says Janaki Vishwanath, managing trustee of FAME India. “They could not put their kids in regular schools nor necessarily afford the special education or schooling.”

It is this gap that FAME India has stepped in to bridge. While admitting students of every economic group, the fees it charges for the school is based solely on parents’ ability to pay. The school bus service at FAME is as important as the special education teachers, the dedicated volunteers, the wheelchair friendly building and in-school lunches as it allows both the children and their parents to pursue an empowering course.

Now, as some of their students approach or cross into adulthood, FAME has stepped up to face the challenge of helping them seek gainful employment that offers a modicum of income and immeasurable confidence to face the world. Opportunities they have created include those in their in-house production facility for cloth and paper gift bags, paper cups, painted clay lamps or diyas for festivals or through mail room or copying and courier jobs with local companies.

Although in a relatively nascent stage from a job creation standpoint and constantly challenged by the financial needs of a growing student body, FAME India is yet another instance of unsung heroes who are changing lives each day one child at a time.

There are yet more organizations such as Gift-a-Future, who are attempting to remove economic impediments that come in the way of education, particularly for high school students. Even if we featured one a week, or better yet one a day, our lives would be that much the richer. Join me in getting their stories told.